So we went to my friends farm and left with an incubator and 10 eggs! This wasn’t planned. I actually had it on my things to do for spring next year.

What an amazing experience. We learned so much about how to raise a chicken and about the heartache of farm life.

Of the 10 eggs, we had 5 survive and they are a week old so we are hopeful these are keepers.

We sanitized our incubator and set the temp to 38, added water to the Center reservoir and once it was warmed up we put all our eggs in. 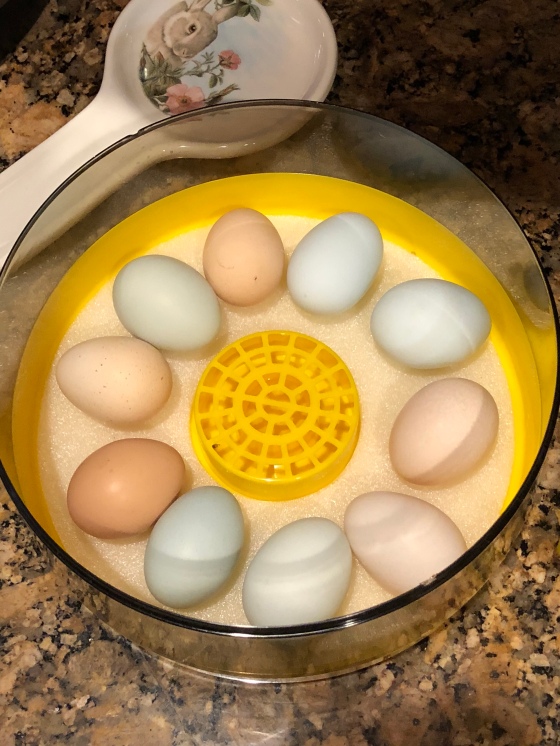 I let Timmy mark each side with an X and an O so we could better keep track of who we turned. You have to turn the eggs three times a day. 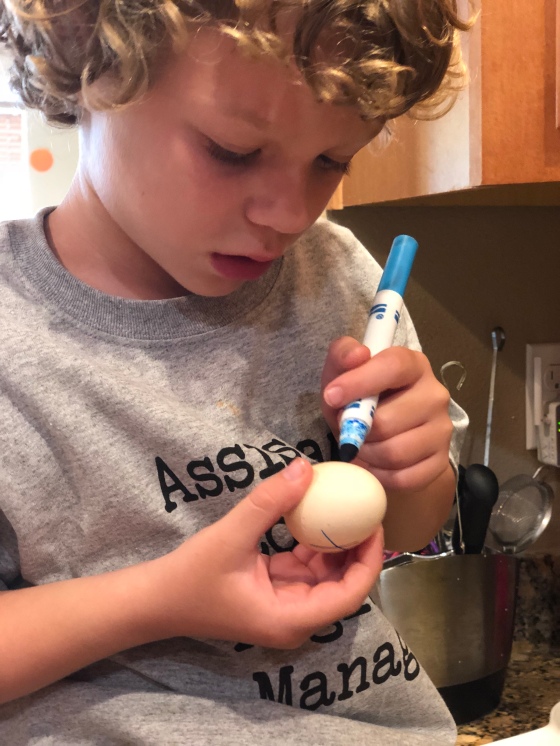 Then we candled them along the way to make sure they were growing. I was kinda obsessed with doing this which probably isn’t safe for the chickens. It’s really best to keep the incubator the same temp as much as possible.

It’s just amazing seriously. Two of the eggs were never fertilized so we threw them out on Day 15. On Day 19 we stopped turning them, set the temp to 37.5 and and added extra water to the cup in the middle so that the humidity would be high enough for them to break through.

I was a nervous wreck because on Day 20 there was no sign of hatching. I stared and stared. Even in the middle of the night. I was terrified I had done something wrong. But at 2:30 am on Day 21 a little beak poked through!

And slowly within the hour everyone had poked a little hole through. The kids were so excited. Then our first baby was born! Timmy named her Lacy. 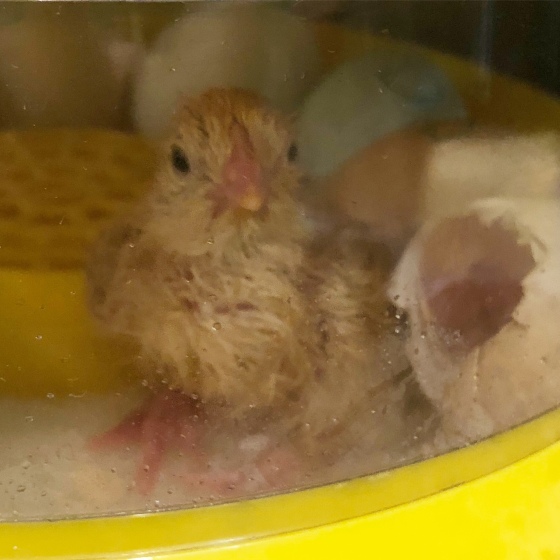 I left them in there until most were hatched which ended up not being the best idea. In the middle of the night they knocked the top off the water and flooded the incubator. One of the eggs drowned. All I could see was his little beak with no movement. But we still had one chick left unhatched. His chirp was low so I did what they tell you not to and hatched him myself. Here is the little engine that could.

We had the babies set up in a container bin with a screened top and a heat lamp. Unfortunately I don’t think it was warm enough since at night we turn the a/c down to 73. We lost 2 chicks in one day. It was heartbreaking. So we finally figured out to move them to the garage at night bc it’s perfectly warm. So they live in my bathroom during the day only.

We had every intention of returning the chicks to the farm once they hatched. We actually did drive out there to bring them back. Instead we put them right back on the car and there’s no return date in mind. We are pretty much in love. 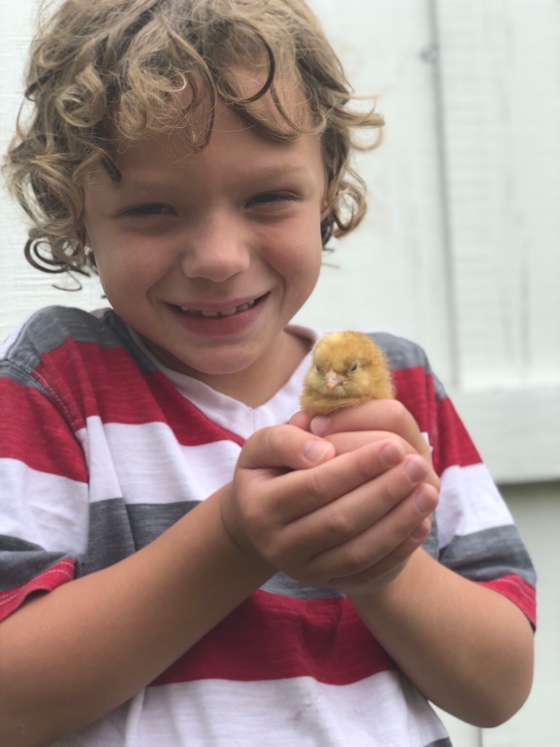