Timmy is excited about this letter. T is for Turtle but also for TIMMY!

We started the week with practicing writing the letter T. Timmy already knows this letter well from learning to write his name and Grace was pretty good at it too. Telling me she was adding a little hat to her letter.

Timmy had to cut out the parts of a turtle to make a complete turtle while Grace did Letter T do-a-dot worksheets.

We did a Letter T Scavenger Hunt. Always fun!

We graphed turtles and used M&Ms from our trick or treat candy as markers. I don’t know what was harder the graphing or trying not to eat the markers. Timmy did so awesome at this. This was definitely his “got it” week for graphing. When they finished I did let them eat the M&Ms.

During circle time we’ve been going over number flash cards and colored shapes. Trouble numbers for Timmy are consistently 5, 10 and 14-18. He knows all the shapes, the color orange he’s not 100% on but I think it’s because it comes after red in my stack and it looks so similar. Grace knows triangle, heart and star. For colors she is still learning yellow and orange but knows the rest of them.

I hole punched all my flash cards and put them on circle rings. Total life saver because I can’t tell you how many I have already bought and lost.

Science seems to always find us. This tree frog found us just in time for T week. We talked about what tree frogs eat and talked about the difference between frogs and toads. 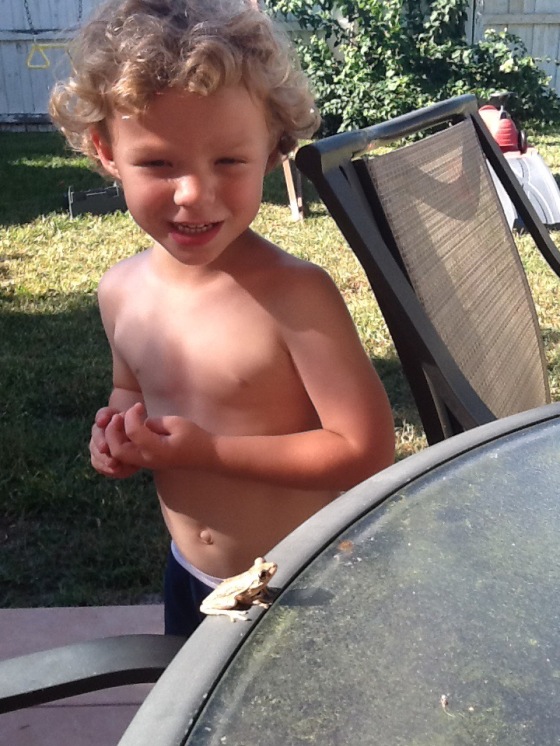 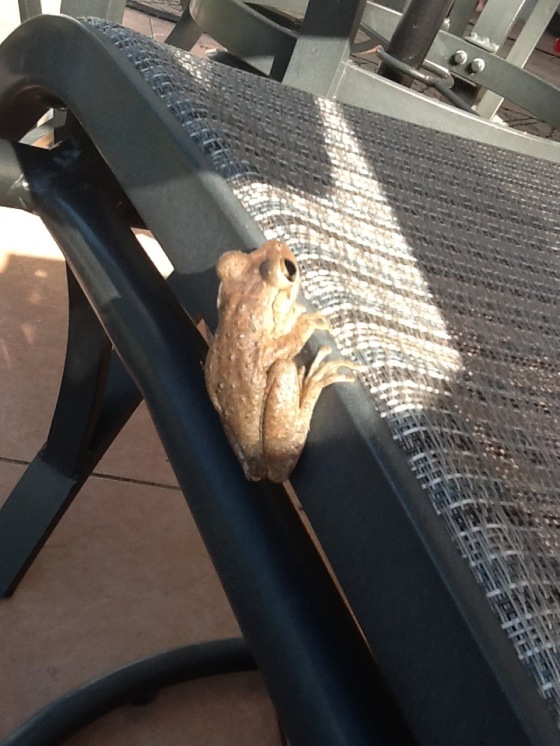 Today we went on a field trip to the Sea Turtle Sanctuary. The Lord truly blessed our homeschool days. While we were at the park waiting for them to open, a gopher tortoise walked by. How awesome that we got to talk about the difference between a tortoise and a sea turtle. Perfect for T week. 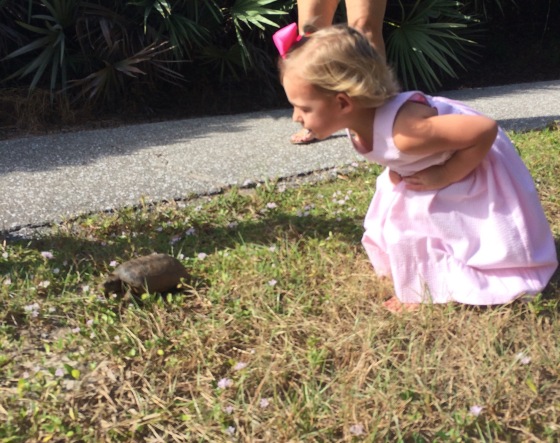 Then we went inside and they told us we were just in time for Hatchling Tales. We didn’t even know that was something they did. It was a cute little story time with a turtle craft. 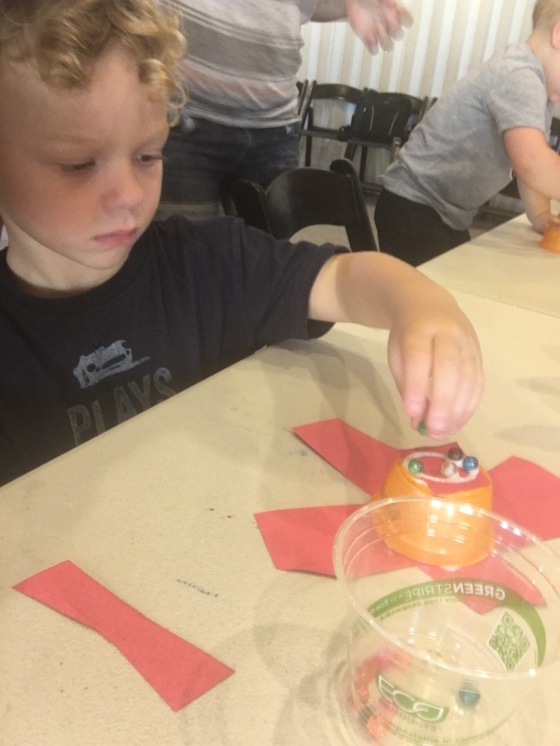 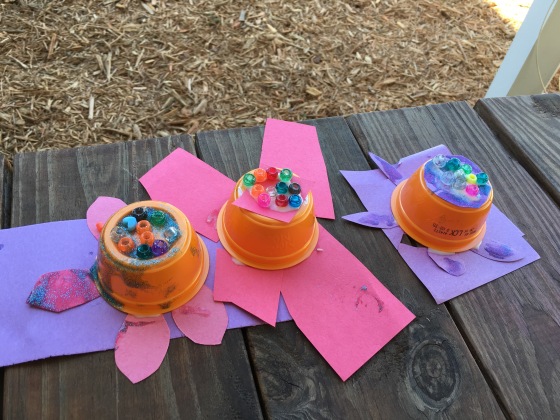 We had a picnic lunch and visited the sea turtles. 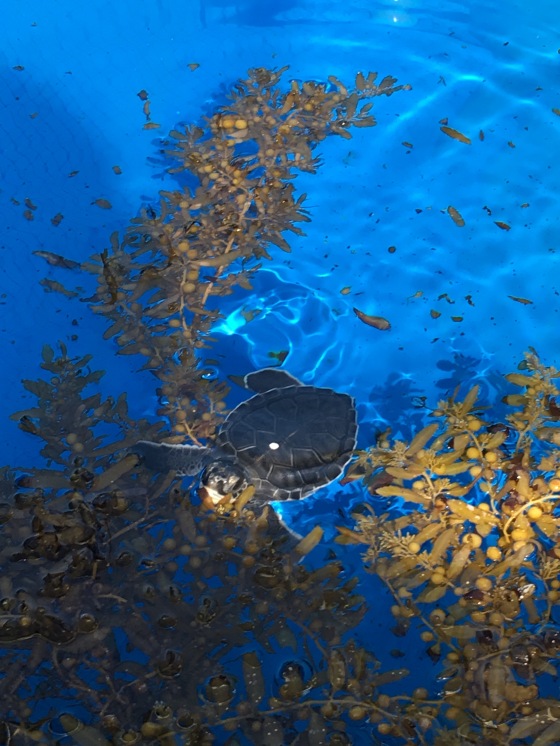 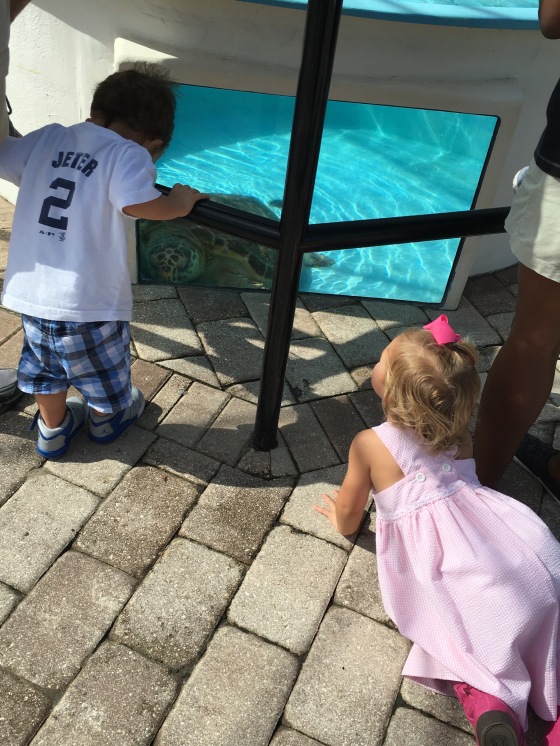 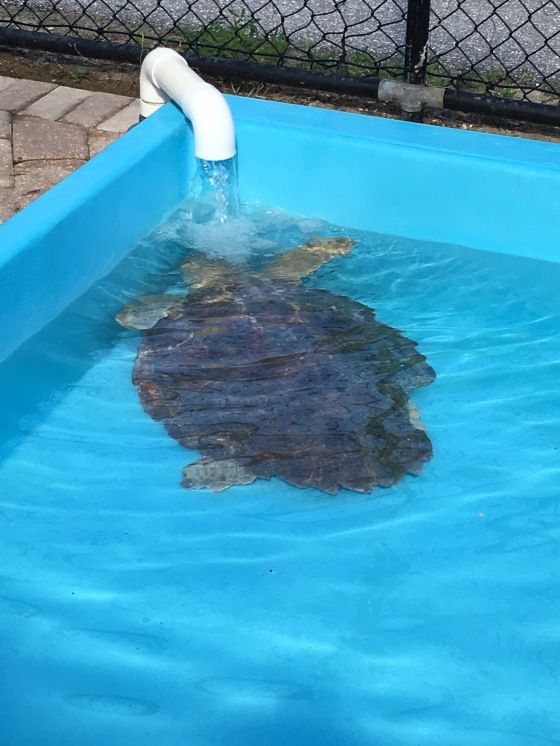 This poor guy got bit by a shark and lost some of his shell.

We learned that beach garbage hurts turtles nesting on the sand.

While Gracie napped (which is a miracle) Timmy got some one on one time for school. He did a size sorting worksheet and lowercase uppercase activity. 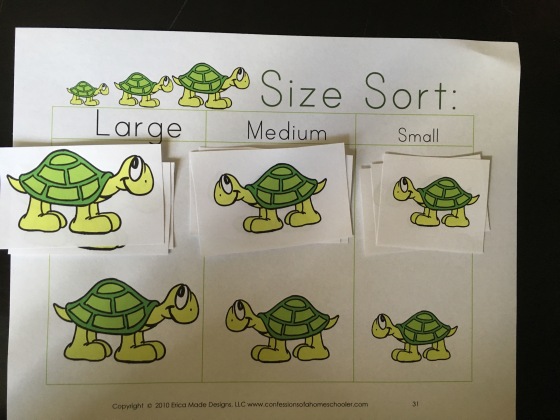 Then we played a color game. It’s meant to help him recognize the colors as words. 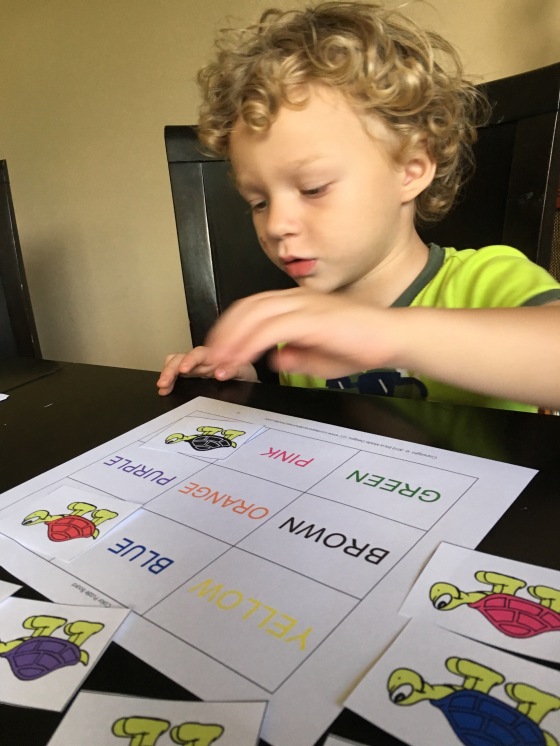 Instead of lacing this turtle he just wanted to cut it out. He loves cutting.

This worksheet he had to count the turtles and paste the correct number. I’m trying to keep track of numbers he doesn’t know 100%. This time it was 9 and 7. 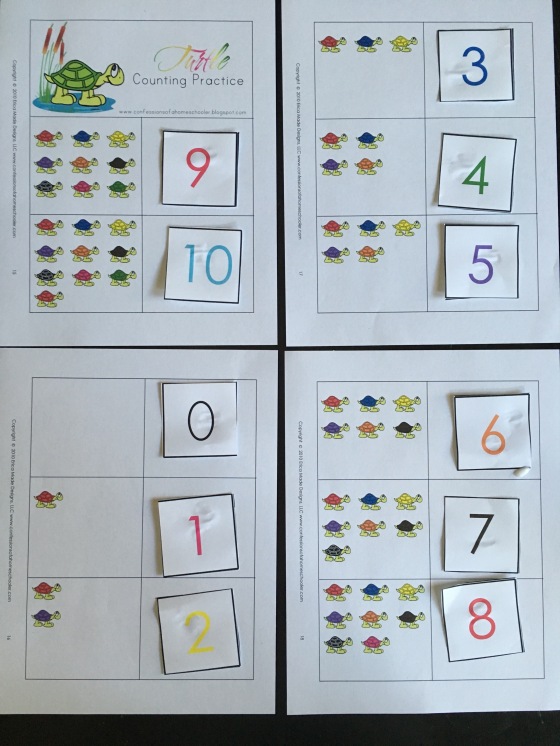 His pattern work. I wish these were more than just 2 patterns. I might start making more. 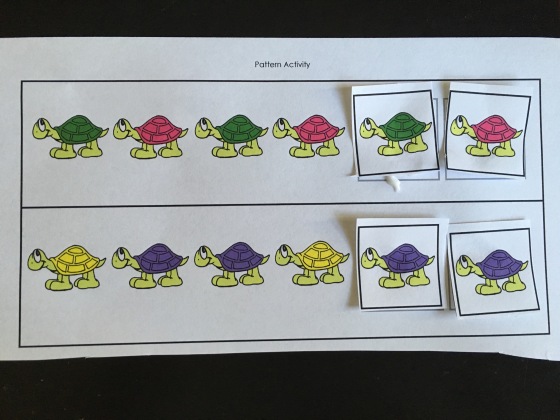 Then he practiced writing all his letters. So adorable. 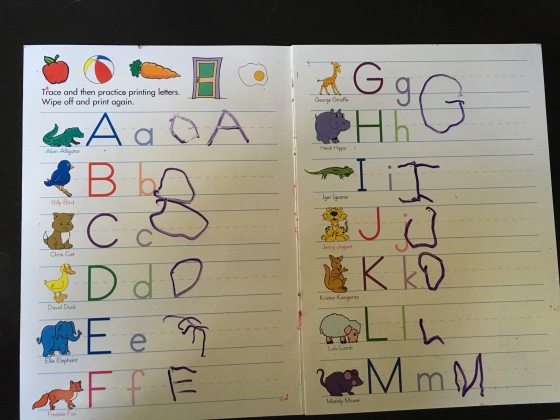 I’m having so much fun with homeschooling. I feel so lucky that my kids wake up and want to know what time school starts. I know everyday will not be like this but I love watching them love school. On our last car ride to Aunt Jessica’s Timmy spent the whole time asking what letter words start with. “What’s airplane star with?” “What’s cloud start with?” Little things like that just make my day.