This week was so fun! I’m noticing that I’m falling out of our schedule I set and I don’t know if that a good or bad thing yet. There’s a constant battle between wanting to be out and seeing friends and family or staying home and sticking to our schedule.

I’m really loving the Wee Sing songs and the kids love them too. Timmy picks the words right up and Grace thinks she does. This week was, ” O Be Careful” and I really love what it teaches. Now it’s one of Timmy regular songs that he sings all day.

We started the week adding the Letter A to our treasure map board and practicing some Letter A handwriting. 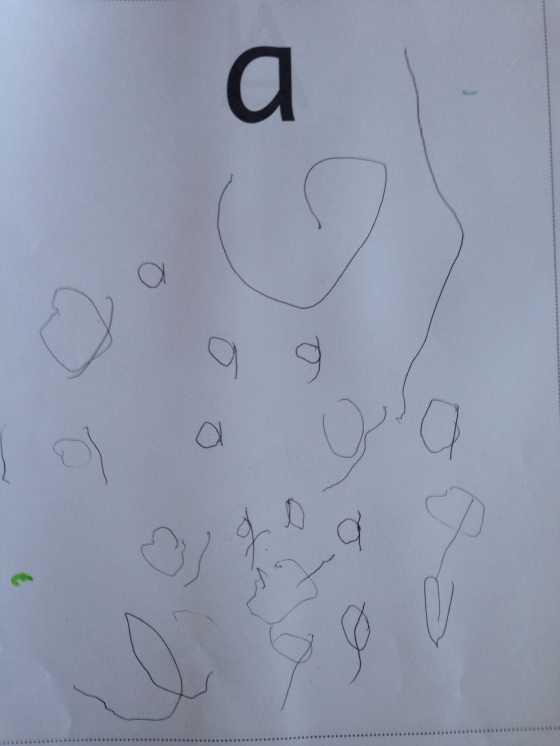 We used play dough to make circles and then reviewed all our shapes on the white board.

We are a little behind in our bible study but that’s ok, better to grasp it than to rush it I think. So this week we continued talking about the creation story and did a craft for day 3 and 4. 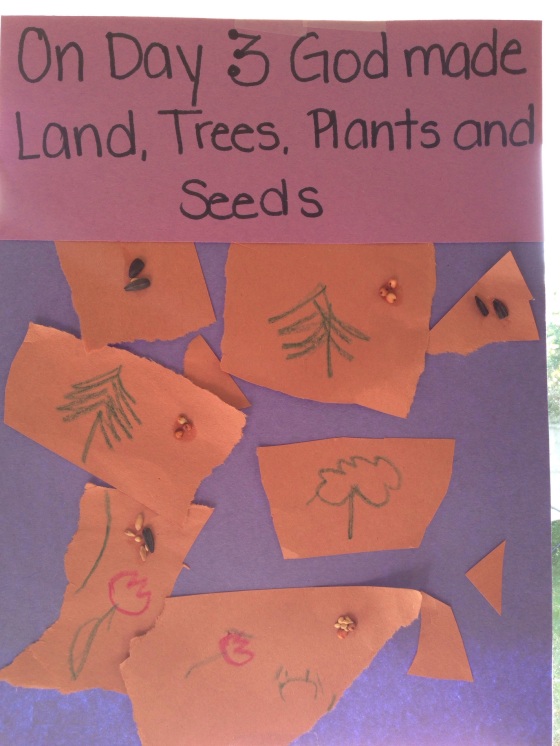 Now I’m embarrassed to admit but my kIds have never eaten apples. I guess I just always thought they were too hard for them to eat. Well I was wrong, way wrong! Both kids begged to eat apples every day this week. And there goes little grace walking around eating a whole apple like she’s big.

We ended the week with A Johnny Appleseed party. I had so much fun planning it. I planned the whole day around these three books:

As the kids arrived I had them play with my apple cinnamon scented play dough and I made enough so that they could take theirs home. I have them cut up green pipe cleaners to make pretend apples.

Then I read then the book about Johnny Appleseed. We measured their heads for their “pot” hats and went outside to plant our “appleseeds.” 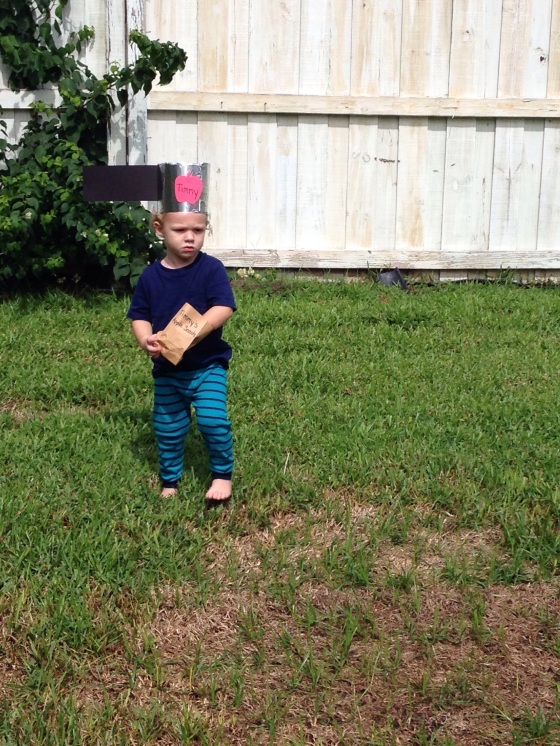 When we came inside we made handprint tracing apple trees with Pom Pom apples and a paper plate apple with a green handprint leaf & stem. 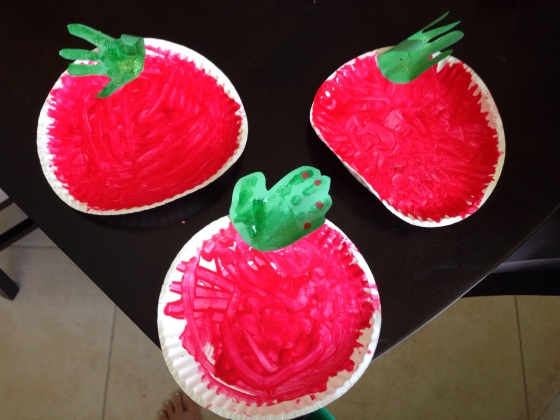 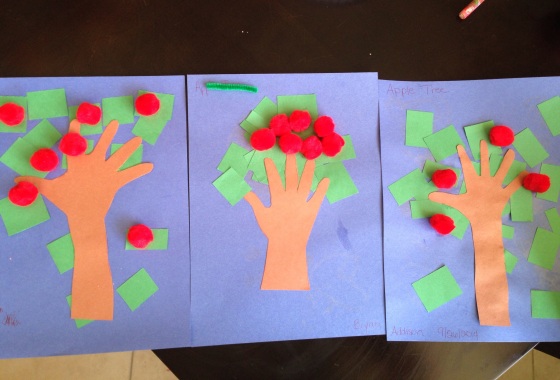 For the second book, “Ten Apples Up on Top” I put a basket of apples and let the kids play along with the book trying to balance apples on their heads.

Then it was snack time! The idea was to read “How to Make an Apple Pie and See the World” but by this point the kids were over it and wanted to just play. I made an apple pie, crockpot applesauce and apple granola. I cored out apples for the kids and poured apple juice inside with little straws. It was so cute. 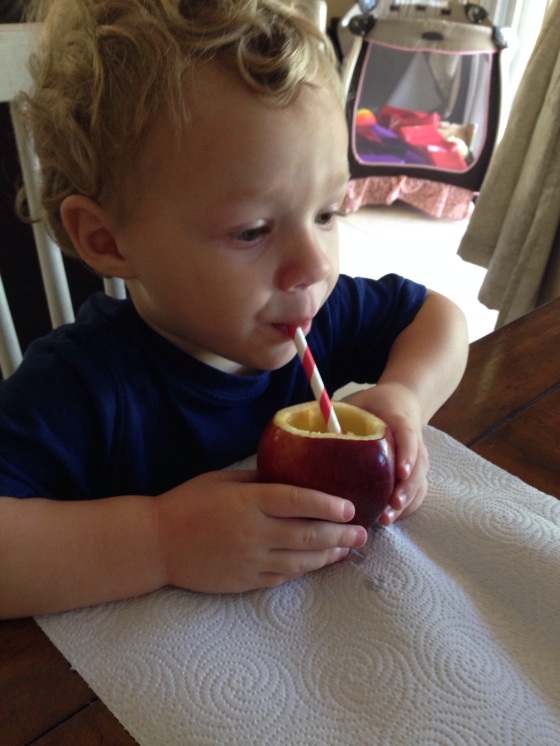 We finished the week adding the A to our letter wall and doing a review of the letters we’ve learned so far. 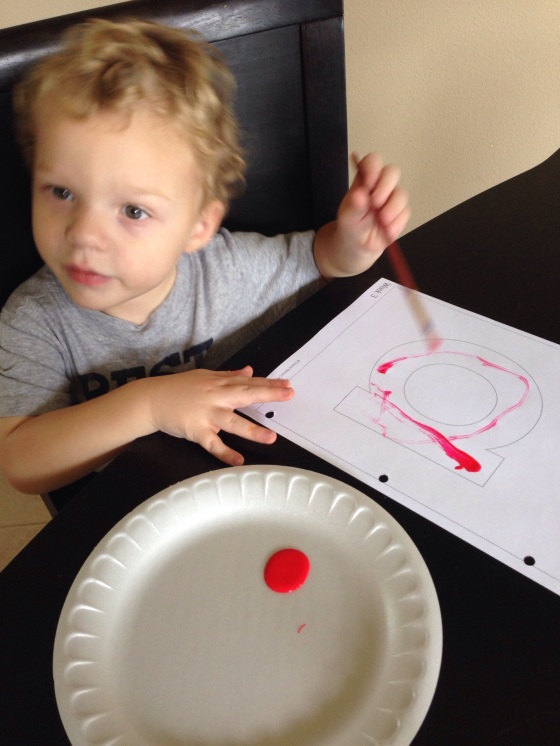